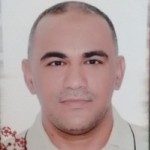 TO DISCUSS OVER SPILLED MILK

Parenting articles to inform, inspire and make you laugh

1. The Bad News About Helicopter Parenting: It Works

In our hearts we say no, no, no to this headline. There must be something flawed in the research. How could helicopter parenting work? Parents doing their kid’s homework? Drilling them into submission? We think this kind of parenting steals independence and freedom from children but maybe forces them to be more successful– define successful though.

The term “helicopter parent” was first used in Dr. Haim Ginott’s 1969 book, Parents & Teenagers, by teens who said their parents would hover over them like a helicopter; the term became popular enough to become a dictionary entry in 2011.

Helicopter parenting refers to a style of parents who are over focused on their children. They typically take too much responsibility for their children’s experiences and, specifically, their successes or failures. Once seen as a negative trait, new research now shows that hyper-involved parenting is the route to kids’ success in today’s unequal world.

Take this BBC quiz to see if you are a helicopter parent!

2. 17 Top Female Scientists Who Have Changed the World

Here at Little Citizens, we just love STEM (science, technology, engineering and maths) games. We believe children learn such a huge amount from this type of play and believe it is so important to introduce girls to it from a young age.

Whilst there has definitely been an increase in recognition of females in science, there are still hundreds of relatively-unknown women who have changed the world with their research throughout history.

Take a look at 17 of the best female scientists up to (and including) 2017…and let’s help uncover the great stories of women like this! 3. The Relentlessness of Modern Parenting

Working Mums/Stay at home Mums, Working Dads/Stay at Home Dads, Co-Parenting, Grandparents – it takes a village to raise a child and according to a Consumer Expenditure Survey, parenthood is becoming much more demanding than it used to be. Over just a couple of generations, parents have greatly increased the amount of time, attention and money they put into raising children.

Mothers who juggle jobs outside the home spend just as much time tending their children as stay-at-home mothers did in the 1970s. The amount of money parents spend on children, which used to peak when they were in high school, is now highest when they are under 6 and over 18 and into their mid-20s. 4. The Mother-Daughter Pilot Team Breaking the 30,000-Foot Glass Ceiling Together

A mother-daughter pilot team, Captain Wendy Rexon and her daughter, First Officer Kelly Rexon, inspired people around the world last month when they shared the cockpit of a Boeing 757! Only 5% of commercial pilots globally are female, so a mother-daughter team are virtually unheard of. Dr. John R. Watret, who took the pilots’ photo, observed that such role models are important to encourage young women’s interest in aviation: “The first officer had a great role model for becoming a pilot – her mother… It’s good for aviation and inspiring for all of us.”

Already, there are a number of promising signs for the future of women in aviation. Women now make up 13% of student pilots, and every year, girls around the world explore possible careers at Women of Aviation Worldwide Week events. Role models like Captain and First Officer Rexon — and Kelly Rexon’s sister Kate who is also a pilot — provide visible signs to girls and young women considering careers as pilots that they belong on the flight deck. 5. This Parenting Poem Took My Breath Away

My parents always said you won’t know how much we love you until you have a child of your own. And so the day came when I became a mum and although I resisted I agreed. For me parenting my daughter has been an incredible full circle of life, when I give her scratchies to fall asleep at night I am transported to when I was her and my mum was me. There is something so all consuming about parenting that as a child you don’t even realise how much they’ve done for you. Until something suddenly makes you stop in your tracks. Read this poem and prepare yourself.